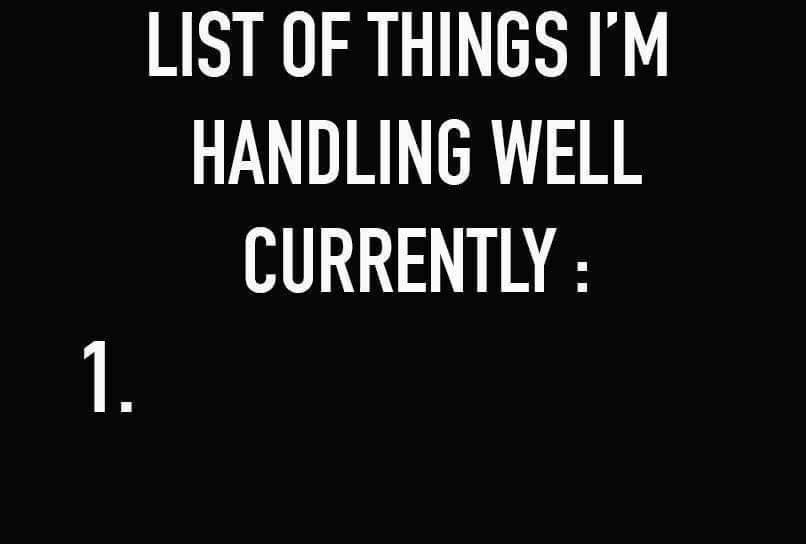 I had every intention of writing yesterday. I opened the window several times to do so. I stared at the blank screen until I wanted to break it. I have gotten my blood test done but don’t have the results so I haven’t really fixed my medication yet. I’m not sure at the moment if I mentioned it’s off, but it is. Stopping one medication means throwing off the balance. I’m now actively riding the bipolar roller coaster. There is more than just up and down, more than mania and depression.

It has the ability to create or destroy almost any feeling – like irritability. That’s the one that kicks up most often for me right now. It comes when I have all the energy and nothing to do, and when I have everything to do and none of the energy. Most frustratingly, it comes on its own. It shows up as the “I hate everythings.” The normal annoyances are there, and the little ones I’ve grown to ignore or cope with become glaringly obvious. I stare at things that I would normally roll my eyes at and move on.

Maybe an hour later, maybe the next morning, this will pass. I will realize that I don’t really hate these things. Even while it’s happening I know I don’t hate them, but I FEEL like I do. Today is better. I still hate that my coffee is getting cold, but there’s more in the pot still and I know I can reheat it. I get frustrated at posts on social media but I shake my head, and I scroll by. My fingers don’t shake so badly at words on a screen or voices from speakers. I don’t cringe as badly when the cat meows (because for some reason she’s determined she must always tell us when she uses the litter box). I don’t want to cry just because I need to take my morning pills.

The world is no better than it was yesterday, but I feel better about being a part of it.